Underage drinking is a huge societal problem associated. It leads to outcomes that include drunk driving crashes, sexual assault, physical assault, and accidental injuries not associated with driving. Several cities and states have enacted social host liability laws to curb this problem.

These laws hold the person hosting the event or anyone who serves alcohol to a minor fully or partly responsible. Furthermore, their responsibility includes any damage an underage person causes.

Social host liability laws can be broad and challenging to understand, especially when considering they can vary by city, county, or state. People looking for specific information for their geographic region should navigate to this page.

Bar and restaurant owners, as well as anyone hosting a gathering with underage people on the guest list, should also be aware of the three distinct types of social host laws. These include:

Most social host liability laws are misdemeanors. However, people serving alcohol can face criminal social host laws in cases of severe injury or death. Prosecutors bringing charges against hosts must meet a higher standard of proof, including proving guilt and intent beyond a reasonable doubt.

Tips for Hosts Who Plan to Serve Alcohol

As of late 2021, 43 states have enacted social host laws that enforce a variety of penalties. Before inviting anyone to a gathering where alcohol is available, hosts should carefully consider the following:

Hosts face stronger penalties for serving alcohol to anyone under 21 who later causes an accident. For example, monetary penalties and/or potential jail time are greater than if the guest causing damage was over 21.

In 2019, the Coalition for Drug-Free Youth in Maui, Hawaii conducted a survey of middle school, high school, and college students under age 21 to find out how much alcohol they typically consume at house parties. Three of every four respondents reported that they binge drink at parties, often hosted by other underage people who obtained alcohol from an adult.

The survey respondents also reported that they or someone they knew had faced these consequences from binge drinking:

With the possibility of such serious consequences for partygoers and hosts, people need to consider whether hosting a gathering with alcohol available is worth the risk. If they decide that it is, they must take extreme precautions to ensure that no one leaves the event inebriated. 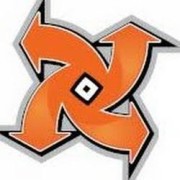