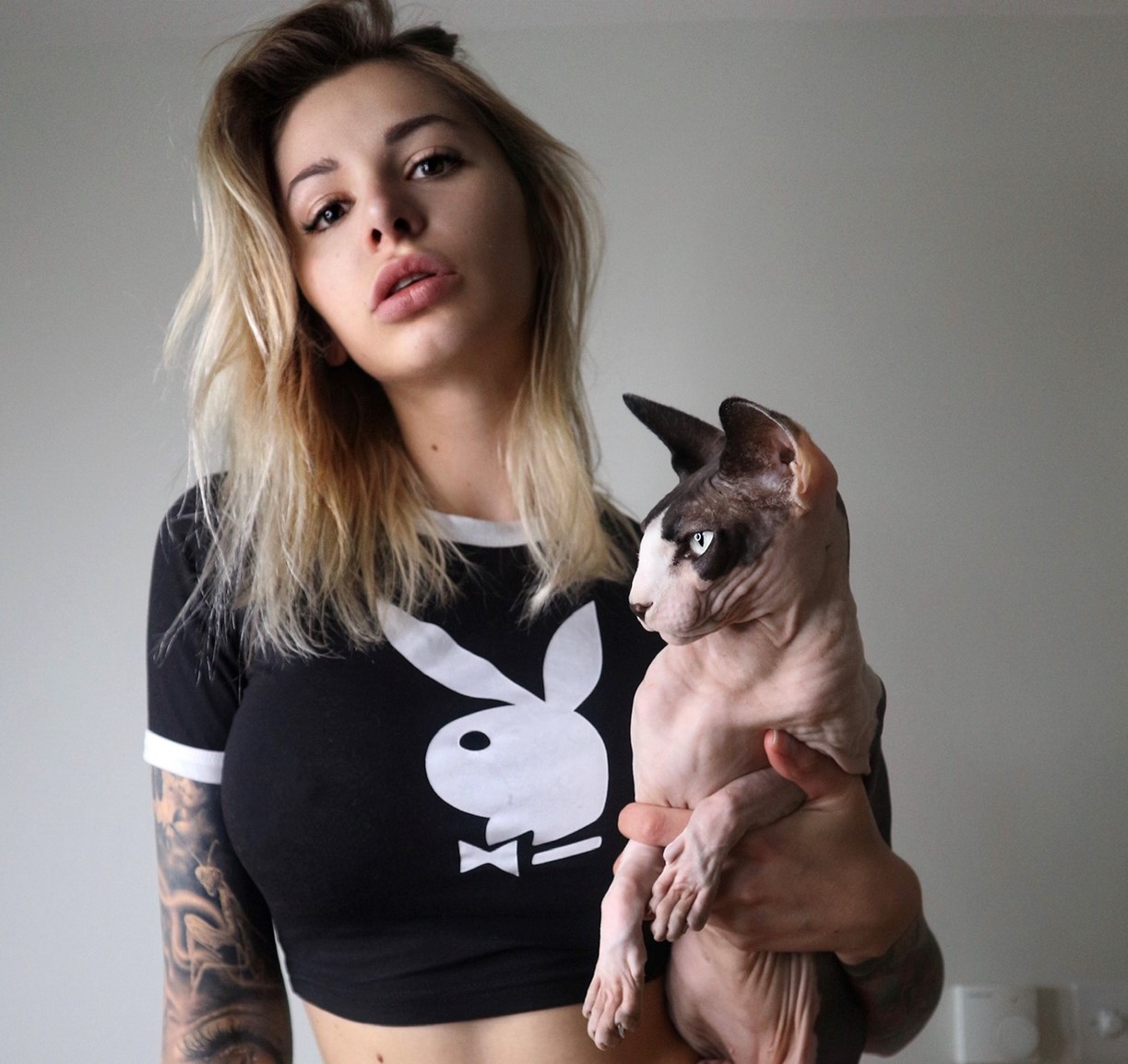 Tina Kiss is a major model influencer on instagram with over 1.6 million followers. The Hungarian model has close to 80,000 followers on Twitter and a huge subscriber count on Only Fans. She also has a top 0.1% Only Fans ownership.

However, it wasn’t originally Tina’s plans to be ‘insta famous’. She stated, “I was actually really surprised when I first started getting thousands of followers on my Instagram page.”

How it all started

Tina Kiss actually wanted to be a marine biologist when she was a kid. She only started uploading photos on instagram because she enjoyed taking photos of herself and sharing her personal life online.

The London based model explained, “I just enjoyed taking photos of myself and sharing it online. I didn’t think so far ahead of the outcomes.” As she continued to be consistent with her uploads, she slowly became popular and had reached thousands of followers.

Tina Kiss is her real name, even though many of her followers believe that it’s not the case. The blonde bombshell is actually very tall in life: she’s 5’10.

The successful influencer is also known for her unique tattoos. She stated, “I got my first tattoo when I was 19. It’s a bow on the back of my thigh. No meanings behind it, I just thought it was cute.”

Even though she’s known for her artistic tattoos, she’s actually admitted that she doesn’t know how many she has, but she’s definitely looking to get more.

Tina sees tattoos as a form of art and is fascinated by them. She stated,”I’m very passionate about art. I love the process of creating.”

When it comes to being a huge influencer on social media, a lot of people tend to make false assumptions about her. She’s more than what meets the eye and is a very intelligent person. She’s also very humble and used to work as a cleaner.

She stated, “I used to work as a cleaner. My biggest pet peeve is when people make assumptions about me.”

How she became a part owner on OnlyFans

It took Tina 6 years to gradually build her followers on instagram. However, her hard work paid off since she now has 1.6 million loyal followers who also subscribe to her OnlyFans account. Tina explained that, “It was just a hobby for me in the beginning but soon I realized I can turn my hobby into a business.”

Tina cleverly saw the opportunity to take her raunchy photos to the next level. She saw OnlyFans as a great platform for all influencers to monetize their social media following. It is easy to use and perfect for connecting with fans on an intimate level and daily basis.

What is she up to now?

Tina still does modelling and has upcoming projects, but they are currently on hold since there is the current pandemic happening.

Instead, Tina likes to take advantage of having free time by being able to spend it with her family and friends. She also enjoys communicating daily with her fans on Instagram, Twitter and OnlyFans.

However, Tina suggests that, “I can see that it’s harder for upcoming influencers to get involved in the game these days, because it’s now harder to retain and build followers. What I would advise is to be unique in order to stand out and get noticed.”

Tina loves instagram because of the simple navigation system it has, unlike other social media platforms. She loves the fact that it has the necessities for social media and how it can play an important role for online communication.

Tina generally loves to network with people and travel. It’s what has helped make her career successful, as well as stand out. She stated that, “One of the things that I love the most is meeting people from all over the world. I’m lucky that my fans are from all parts of the world.

Exposure to new environments is fulfilling and educational.”

Alex is the co-author of 100 Greatest Plays, 100 Greatest Cricketers, 100 Greatest Films and 100 Greatest Moments. He has written for a wide variety of publications including The Observer, The Sunday Times, The Daily Mail, The Guardian and The Telegraph.

Catch Me If You Can! The Story of Frank Abagnale Jr.