It’s hard to imagine a world without social media. Can you?

We use social media to communicate with friends and family, to document our lives, to keep track of what other people are doing, and it’s also how many people consume news. It has changed so much since it first came out.

Facebook was originally created for college kids to keep in touch, and then MySpace was the first to really take off. Then Facebook evolved and changed the entire world. From there we have seen Twitter, Instagram, Snapchat and more recently TikTok all experience success.

There have also been hundreds of failed social media networks. You don’t know them by name because they never became popular. With the new year coming up it’s going to be yet another year where we see social media dominate and also evolve as it gets older.

Social media is so active these days, and you can find discussions on almost any topic, from daily horse racing tips to current events, world news and politics, to memes and jokes.

There are three main changes that are on the horizon, outlined and explained below.

What is the most used feature on Instagram currently? Stories (Videos)

Why is TikTok gaining so much popularity so fast? Because it’s a video-based social network.

“I think we are going to see more businesses use video on social media,” says the owner of National Pool Fences. “It’s easy to create and the end user prefers video content over traditional images.”

It’s no secret that video is leading the social charge, so expect the networks to roll out even more video features, such as more interactive location-based filters and even virtual reality.

Facebook has been in a lot of trouble recently and they are under a microscope when it comes to user data and privacy. The only way they are going to get all of that behind them is to roll out a full transparency policy, which is predicted to be around the corner.

While they are now giving users more control over how their data is used, it may even go a step further, where you will be able to see all of the dots connected, from where you were “pixeled” and what advertisers are currently tracking your movement online.

Will this be the move that makes users trust Facebook more? There is already a lot of backlash, with some claiming Facebook is listening to their conversations through its apps.

3. A Focus on E-Commerce

Online sales are booming and companies like Facebook are not going to sit back and watch Shopify dominate the e-commerce space. Not when they have the largest database of users and businesses in the world.

It doesn’t matter what you are trying to sell — from your own products like car speakers to affiliate offers like the ones on this blog you can see if you click here — social media is a hotbed for traffic.

So, will Facebook continue to allow businesses to direct traffic off its platform to an e-commerce website, or will they roll out their own e-commerce platform and collect a pieces of that huge pie? 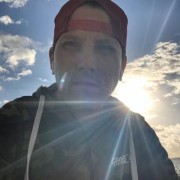